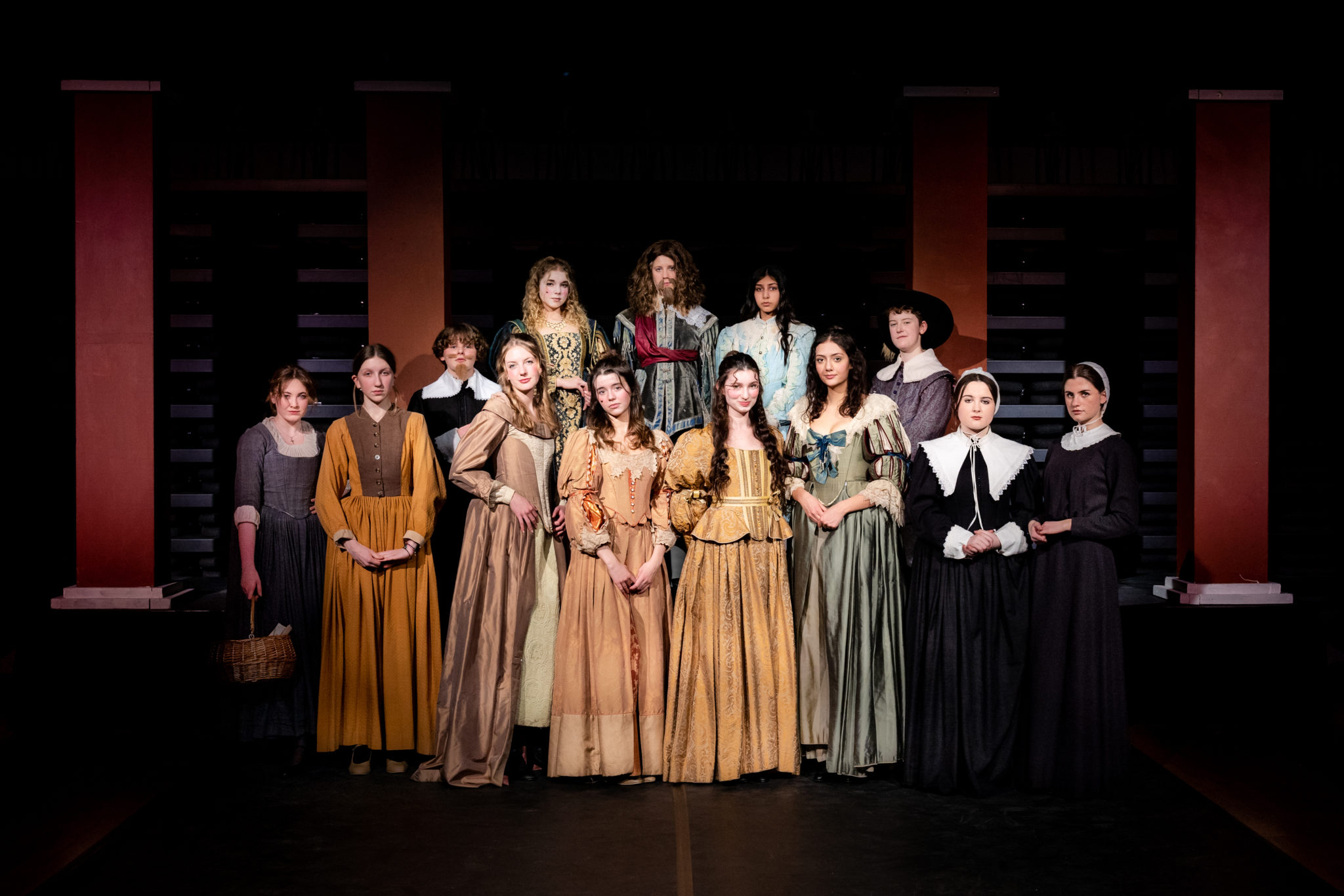 The Jubilee Hall was transported back to the 17th century for the premiere of ‘Milady’, a true story of female spies.

This exciting new play was commissioned by the school, as part of the ‘Write the Girl’ initiative, a partnership between schools, writers and theatre professionals which seeks to offer female casts exciting new scripts by putting women at the heart of the action.

The real Milady was Lucy Hay, the Countess of Carlisle, a successful spy during the English Civil War, who managed to get both sides to believe she worked for them. Lucy was part of a network of womaen spies that were above suspicion due to their gender, so they could travel and carry information with ease during time of war.

The play was created in partnership with the professional playwright Beth Flintoff, whose writing has been longlisted for The Hope Mill Prize 2021, The Papatango Prize and The Bruntwood Prize.  “Writing a play about these women is an exciting opportunity because it is rooted in truth but there is also plenty of room for invention, as many of their lives are not know” Beth explained. “These were active, intelligent, resourceful woman, who played a crucial part in our nation’s’ history.”

Mrs Whymark, Director of Drama at STAHS, has thoroughly enjoyed the project. “To bring a play into the world and be the first to bring the characters and action alive for an audience is a very special experience.” she enthused.

Congratulations to all the cast and crew for an exceptional performance.