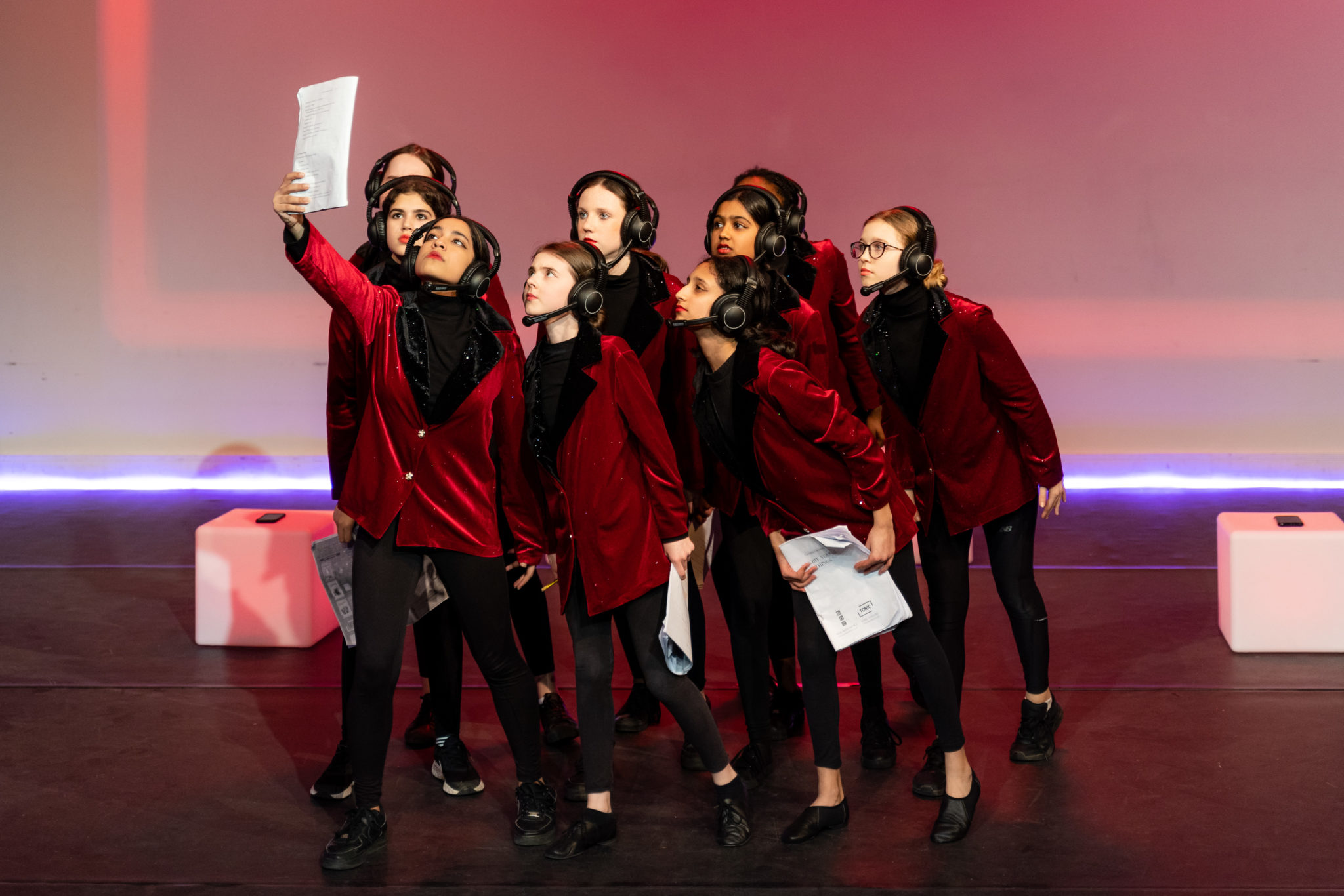 This year’s Lower School Production of BRIGHT. YOUNG. THINGS, written by Georgia Christou, is a funny, fast-paced play about identity, truth and the challenge of finding out who you really are.

Set on a reality television show, six remarkable young geniuses are completing for the Golden Brain trophy. The play explores the power of television and the pressure to succeed. The contestants soon discover, however, that it isn’t always about winning, and they can achieve amazing things on their own terms!

The committed cast and crew worked extremely hard to make the show a success. Mrs  Alexandra Birkett, STAHS Drama Teacher and Director of the Lower School Production said, “It has been a real pleasure working with such a committed and talented team.”

This year, a group of students took on the role of Assistant Director and have been commended by staff for “showing maturity above their years” during the process. Margaux, Year 10,  said of the experience, “I have loved being able to consolidate and transfer my skills to the next generation of STAHS actors and technicians, as well as gaining leadership and managerial skills too. “

The show ran for two nights, and audiences were wowed by the performances, costumes and set design. Well done to everyone involved!