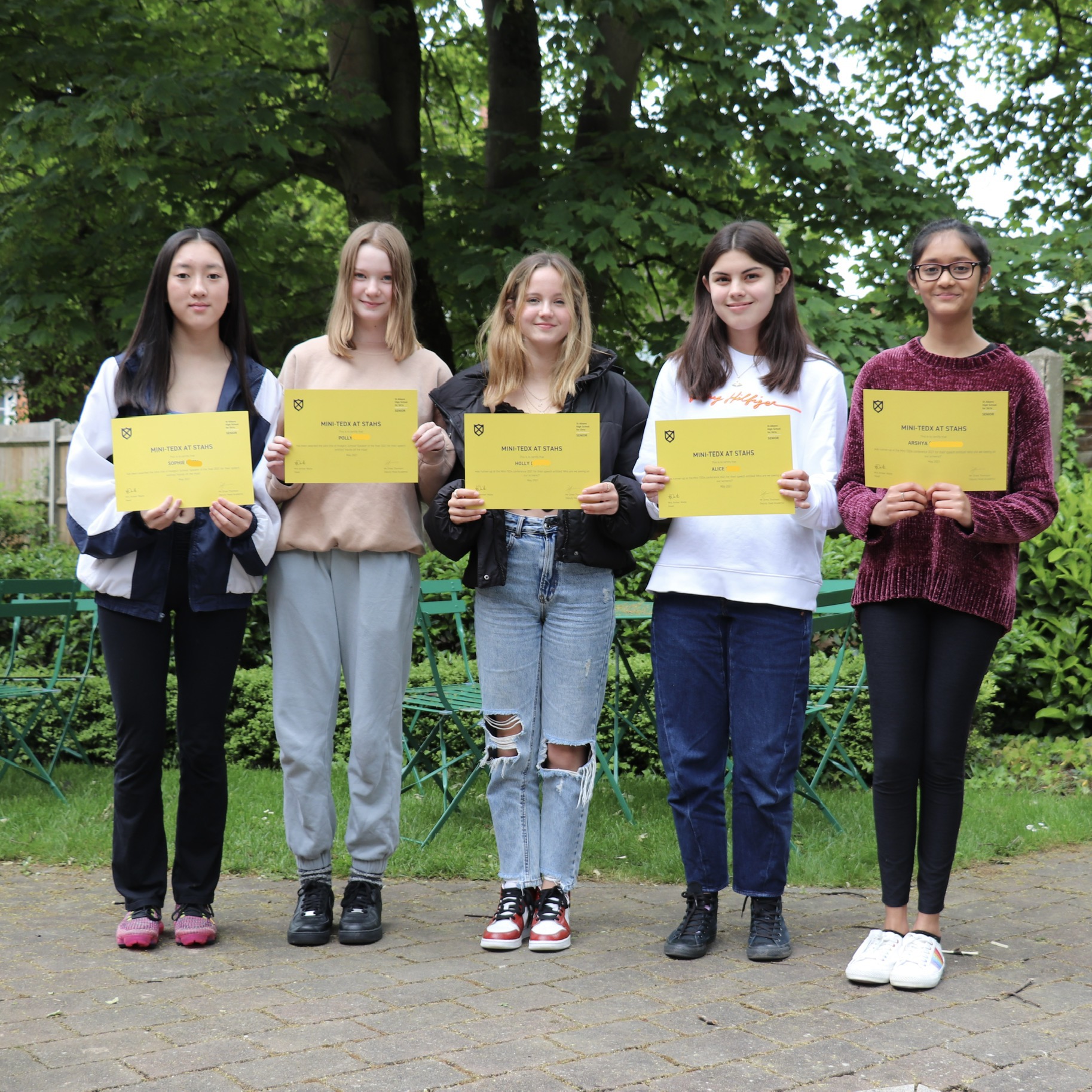 The scholars were tasked with researching, scripting and delivering a talk lasting five minutes on a social issue of their choice.  Alumna, Krupa Jasani who is Financial Planning and Analysis Manager at euNetworks was invited to award the prizes and treated the students to an engaging discussion on women in the workplace and how to challenge the status quo.

Congratulations to Polly and Sophie, who were awarded Speaker of the Year for ‘Hands off the Hijab’, an insightful presentation on restrictions being placed on women’s freedom to wear religious symbols whilst in public in certain countries.

The runner up prize was awarded to Alice, Holly and Arshya for their speech, ‘Who are we seeing on our screens?’, which addressed representation of ethnic minority actors in film and television.

Jonathan Marshall, Assistant Head Academic Development at STAHS thought all the students pursued bold ideas and talked with wisdom well beyond their years. When describing the evening he explained, “it was fascinating to observe how the students’ talks took shape through debate and the judges faced a very difficult decision on the night!”

The STAHS Hodgkin Scholars are named after Dorothy Hodgkin who won the 1964 Nobel Prize in Chemistry for her work on the structures of vitamin B12 and penicillin. During Year 10 and 11, the scholars engage with the broader Academic Scholars programme whilst also furthering their research and critical thinking skills.